Earlier this week, EA announced that they will be bringing their EA Access subscription service to PS4 from July 2019. For £3.99 a month or £19.99 for a year (at the time of writing), the service gives players access to an increasing library of the company’s older titles, lets gamers play up to 10 hours of most new EA games and unlocks a 10% discount for members on full game purchases, expansions and various other purchases.

It’s a good deal in my view and a great option for PS4 gamers, who will now have another way to get experience a variety of good and sometimes great titles from EA’s recent back catalogue. But it’s also interesting timing for the decision to have been taken, coming nearly five years after the service first arrived on Xbox One and when Sony famously rejected it on the basis “it does not bring the kind of value PlayStation customers have come to expect.”

So, what’s changed? Well, I suspect there are a number of reasons. Sony’s claims that the decision was based on a lack of value never really stood up to scrutiny but, given how consumer-friendly the PS4 launch was over the Xbox One’s, they had a lot of goodwill to burn through at the time. In truth, the rest of that same 2014 press release was probably more telling and that this was more about driving and protecting PlayStation Plus subscriptions that protecting consumers.

And back in summer 2014, Sony were also just about to launch PS Now – so offering consumers a choice between that and EA’s service might not have been too helpful either. PS Now would not go official or come to Europe until the following year and represented a significant investment and risk for Sony – one which you could argue is yet to pay off. With an initial pricing structure based on per-game rentals and without the ability to download titles locally, Sony were probably wise to avoid the comparisons.

The gaming landscape is very different today of course, with PS Plus established and PS Now having evolved – with the ability to download selected games and having moved to a subscription pricing model (although this is still at a premium cost, not necessarily justified by the selection on offer). More generally, paid-for entertainment subscriptions have gone much more mainstream – from the rapid expansions of services like Spotify and Netflix to Xbox’s fantastic Game Pass service and, presumably, the imminent Google Stadia.

The timing certainly makes sense for Sony. Although they continue to dominate in terms of home consoles, history tells us that this success doesn’t necessarily carry over to the next generation. Google’s arrival in any market should scare even the biggest and most successful companies. Microsoft appears resurgent under Phil Spencer and have adopted an increasing number of strongly pro-gamer policies. Nintendo have struck gold with the Switch and appear very open to working with Microsoft. And Sony’s image as being ‘for the players’ took a large and incalculable hit over their position on cross-play.

The move also makes sense for EA. Often painted as a lumbering old giant, the launch of EA Access was a rare case of the company being ahead of the game back in 2014. It’s a model that they have continued to explore on PC with the launch of Origin Access and, later, Origin Access Premier – a premium tier of the service, including all EA games as they are released and which is currently without a console equivalent. 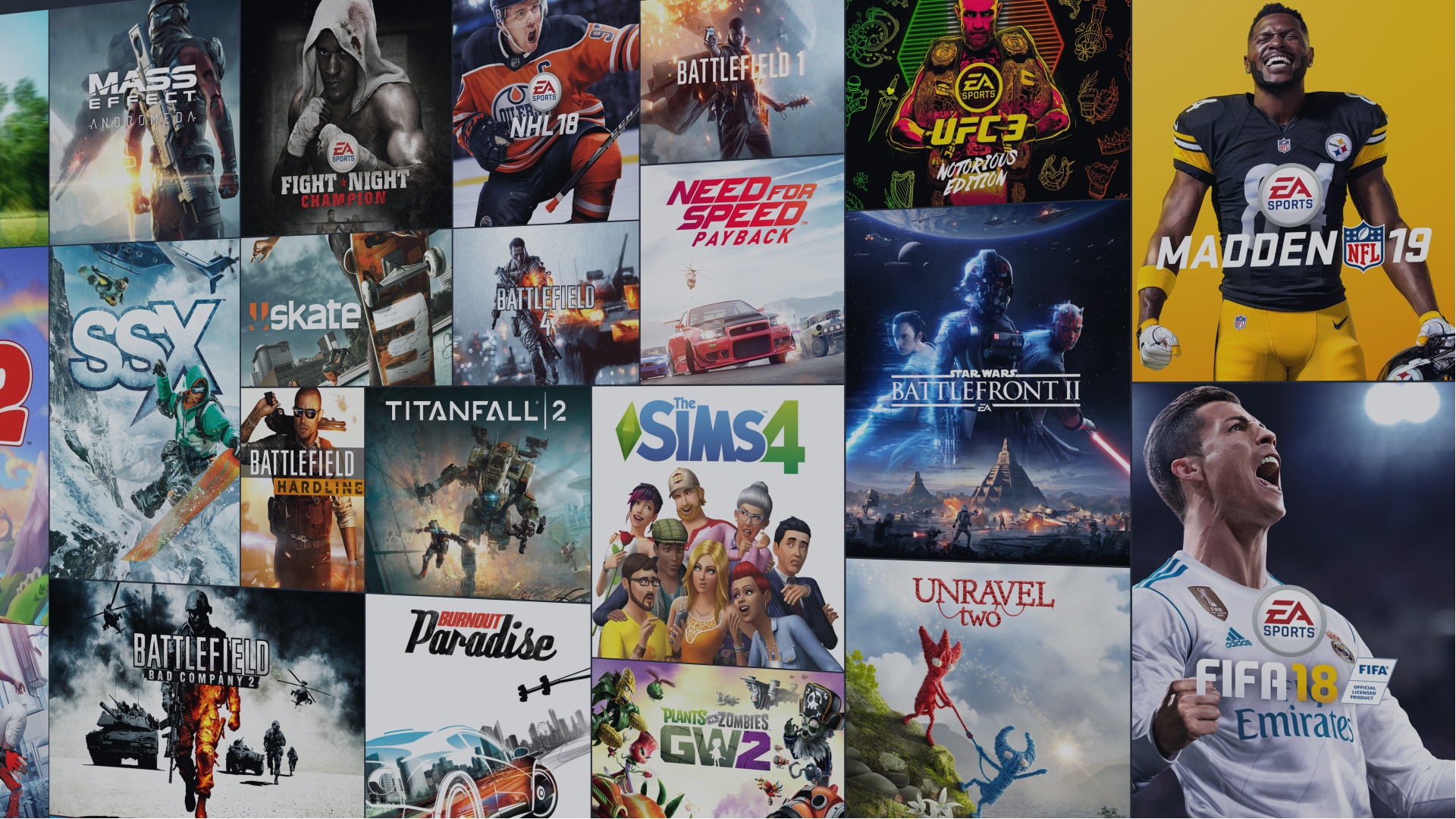 Now, with a move to evolving worlds and games as a live service, this model feels like it could be the solution for EA and other larger publishers. As EA announced in their most recent earnings call, the old way of releasing games “isn’t working” something they claimed is “not just an EA challenge, it’s an industry-wide challenge”. Rolling out EA Access more widely would certainly be a potential solution for games like Battlefield V and Anthem which could both struggle for player counts at some point down the line. I also wonder if it’s also a precursor to the arrival of a ‘Premier’ tier service on consoles, either this summer or in time for next gen – just as we’ve seen on PC.

So, it’s a good move for Sony, good for EA and, based on my experience of the service on Xbox, good for a certain type of gamer. If you are happy to delay gratification for your gaming fix, you will be rewarded with a strong selection of games including some excellent smaller titles like the wonderful Unravel. You’ll also get the benefit of finding them in a state where many of the kinks, issues and microtransactions have been given the boot – with some of the buzz having passed but with player counts still usually healthy thanks to other like-minded tightwads.

I do wonder if the smaller library (due to the lack of backward compatibility) will be a problem on PS4, especially given it’s the same price as on Xbox. I’m also keenly watching to see if the recent trend continues as this past year has seen fewer games hitting the Vault and them taking a long time to make the journey. And finally, I think it’s a mistake (and one they will end up correcting) that EA are not offering a single subscription that works across both Xbox and PS4 – it’s old closed-off thinking and a missed PR win for a company really in need of one.

But, overall, the arrival of EA Access on PS4 should prove a good value option for PlayStation gamers today (ok, this summer) even if you are less enthusiastic than I am about the subscription-based future that is, inevitably I think, to come. For now though, EA Access represents choice. And choice is, after all, a good thing.

Now on his sixth generation of consoles, Giles is a long-time, multi-platform gamer based in the UK. As a big film fan with failing reactions - he leans toward narrative-driven or mood-heavy single-player experiences but plays a bit of everything. Living proof that older does not equal wiser and host of the fortnightly Old Guy Gaming podcast.

E3 Dives Into Underwater Adventure and Possession In ‘Silt’

Sony VR Patent Will Allow Audiences To Make Decisions For Players While Gaming.

The Grind in Old School JRPGs Was Real

PLAY’s Games of The Year: Returnal

Breaking down The Matrix Awakens

Marvel’s Avengers Spider-Man: Worth a spin?